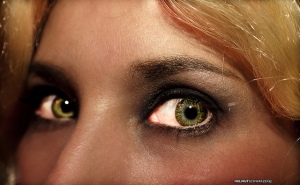 My childhood memories of fairy tales and other such stories are pretty vague, with the exception of two. There was ‘Hansel and Gretel’, a tale whose only contribution to my life was to inflict trauma-induced nightmares, and the story of ‘Goldilocks and the Three Bears’, which was rather pointless, but which at least reinforced my profound commitment not to go wandering in the woods.

As you might recall, the story centers on a family of bears—dubbed Mama Bear, Papa Bear, and Baby Bear. Cute, but not very imaginative. One wonders if ‘Baby Bear’s’ name would evolve to ‘Pre-adolescent Bear’, and then ‘Teen Bear’, etc., as he grew, never mind the perplexity surrounding what his parents were called prior to having offspring. In any case, the bears lived in a woodland home where they enjoyed an anthropomorphic lifestyle with conveniences like cooking, sitting around in chairs, and sleeping in beds. The story opens with the Bear family about to sit down to a lovely meal of porridge when they discovered that the stuff was too hot to eat. Whereupon someone in the family suggested that rather than everyone sitting around blowing on their porridge bowls (not a pleasing prospect for bears, since they have such a hard time with the whole pucker thing), they should all take a power walk through the woods while their porridge cooled. All in all, it was a very ‘family’, very heartwarming, kind of scene—puts bears in a whole new light.

Enter Goldilocks. Literally. Bears apparently don’t worry a lot about home invasions, because there’s no evidence that she had to pick a lock, kick the door in, or crawl through an unsecured window. Who knows, maybe she figured open doors constituted invitations, regardless of whether or not folks were home.

We didn’t get a lot of up-front information about Goldilocks beyond the inference that she’s not an adult, and given that her name wasn’t ‘Brownilocks’, we figure she’s probably blonde. I would say that that could explain a lot, but I have friends who are blonde, and they know where I live, so maybe I should hold back on saying that. As the action continues, her profile fills out a little more. For instance, we learn that Goldilocks is a girl who doesn’t balk at violating boundaries, and once inside, is unperturbed about getting into personal stuff that belongs to others, even their food. With no concern for propriety, Goldilocks was willing to exploit the bear family and their resources to procure anything that might contribute to her personal comfort and convenience. We might note, as well, that she’s critical, opinionated, and hyper-selective in making her choices.

So, here’s the core of the story. Some very unusual, albeit health-conscious, bears make a spontaneous decision to go for a walk, leaving their house unprotected. They return intending to wrap up their family meal together, and discover that a narcissistic little interloper with no respect for their privacy or personal boundaries has invaded their home. She has eaten some of their food, flopped around on all their furniture, and with an in-your-face kind of arrogance, is found sound asleep in one of their beds. I’m not sure what happened next.

Sorry about that, but I didn’t really pay much attention to how the story finally ended, other than that the bears came back and Goldilocks was busted. Given the proclivity of children’s authors in those days to write stories like ‘Hansel and Gretel’, the bears may have elected to throw out the porridge and eat her instead. That would have screwed up the whole heartwarming, family-friendly thing, but would have definitely added another layer of protection to keep kids like me out of the woods.

If she wasn’t carved up into ‘goldiburgers’ and eaten for lunch by the bears, Goldilocks was probably resourceful enough to have gotten away somehow. Where it all went after that is anybody’s guess. Maybe she was beginning a life of crime, a budding ‘Bonnie’ who hadn’t yet found her ‘Clyde’. Maybe the bears’ house was just one in a long series of woodland home invasions and burglaries that she perpetrated. Maybe the bears turned her in, and maybe the police got her DNA off the porridge bowl and tied her to a whole string of crimes. Maybe she was caught, tried as an adult, and ended up doing hard time in prison—spent, no doubt, filing frivolous law suits claiming that she was forced to endure things that were too hard, too soft, too hot, too cold, or too something else, but never ‘just right’.

Whatever happened, my concern is that Goldilocks is still around, and we need to issue a BOLO (Be On the Look-Out) for her. She has a gang of spiritual counterparts that haunt us yet, and she hasn’t changed much. She’s as invasive as ever and still loves to go after unsecured and vulnerable territory. Her favorite target these days is ‘the church’. Getting inside presents virtually no challenge at all for her and her minions, since we church folks customarily leave the doors open with little regard for whomever or whatever might want to get in. True to form, once inside she acclimates quickly and easily to territory that isn’t hers, and has no inhibitions when it comes to claiming squatter’s rights to whatever she can find. After all, claiming things that aren’t really hers has never bothered Goldilocks. All she cares about is laying hold of anything that feels good, or that suits her preferences, tastes, and comfort standards. Goldilocks treats church like it’s her realm, and demands that whatever she finds must be ‘just right’, and, of course, she brazenly possesses what is and rejects what isn’t.

Paul warned the Philippians to “beware of dogs, beware of evil workers, beware of … Goldilocks!” Well, he didn’t really mention her, but maybe he should have. Goldilocks isn’t hard to find. If we bother to look around after returning from one of our many pleasant diversions, we notice her tracks all over our stuff. Clearly, she’s been into everything. Then, almost to add insult to injury, there she is. Sleeping. And she’s doing it in our bed!

Author, Speaker, Bible Teacher, Humorist, Satirist, Blogger ... "Right Side Up Thinking ~ In an Upside Down World" For Ron's full bio, go to GallaghersPen.com/about/
View all posts by Ron Gallagher, Ed.S →
This entry was posted in Faith, Family, and Culture, Insights, Wake Up Calls and tagged Goldilocks. Bookmark the permalink.

1 Response to BOLO for Goldilocks!