Living in the ‘age of Amazon’ is pretty cool. Our kids gave us membership in Amazon Prime last year, and it reminds me of my first slice of pizza. A little taste of each of them was enough to deliver a death blow to the complacent serenity formerly enjoyed in life without them. Now I’ve been ruined. Friday nights without pizza ought to be a diagnosable disorder, and the ease of shooting out an order for something with a few keystrokes from anywhere, and having it sitting on my front porch in a couple of days can be downright addictive. For a guy whose days are handicapped with too few hours in them, it’s like 50 flavors of wonderful—and so unlike my first experience ordering something through the mail. 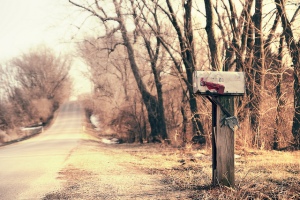 One of my most treasured possessions in the tenth year of my life was a novelty catalog that my older brother had gotten from the comic book rack at the local drug store. It was full of the most compelling and desirable stuff I had ever seen, stuff you couldn’t get anywhere else, at least nowhere I’d ever been. You could order amazing things, like itching powder, magic disappearing ink, a pen with a secret telescope, ‘whoopee’ cushions, and x-ray glasses. But nothing compared to the pocket-sized, fully operational, super-secret spy camera—complete with two rolls of tiny film. It promised ‘precision’ construction, and at a whopping $2.98, it was one of the more expensive items in the catalog, ‘plus’ another $.50 added for shipping and handling! My lone revenue stream at that point was a $.50 per week allowance. Sacrificing them was worth it, but it made the time required to accumulate the cash feel even more like torture. Perseverance eventually brought the moment when it was time to fill out the little order form on the back page of the catalog and send it in. I wrapped the money and the form in a sheet of notebook paper, carefully taping the coins to the paper so they wouldn’t rattle around and tempt the postal workers to steal it. I slipped it in an envelope, licked the flap, and ran down the lane to the mailbox. I was breathless with excitement as I closed the door and pulled the flag up to alert the postman that there was outgoing mail in the box.

That began a vigil that dragged on for weeks and grew to feel more like months. Mom said I had to be patient, and was pretty good at it for the first couple of days, figuring it would take a day for the order to get wherever it was going, and another day or so to get it back. After that, patience was done, and I would run to the mailbox every day as soon as I got home, pull open the door, and look inside, expecting to see a package with my name on it, and with my super-secret spy camera secured inside. Every day that I didn’t get it was awful, but those disappointing days were quickly revived and healed by the hope that it would come the next day. God taught me something very valuable in the eight weeks it took for my super-secret pocket spy-camera to get there, but decades passed before the lesson He wanted me to learn became clear. He wanted me to understand the difference between wishing for something and having a real hope.

I was good at wishing for things. Hours of looking through that novelty catalog were devoted to wishing for lots of things—like that box of itching powder. The thought of sprinkling some of it into my cousin’s shorts was delightful, but couldn’t compete with the vision of being armed with a super-secret spy camera. I could take covert pictures of my brother picking his nose, or of Dad’s hair in the morning, when it looked like he had combed it with Mom’s portable mixer. Wishing was fun and entertaining, but it never led me down to the mailbox to look for anything. I wished for a spy camera the first time I saw the ad, but had no hope that one would come in the mail. My wishes had no basis for their existence beyond fantasy and desire and carried no expectations with them. Wishes were the product of nothing more than a few black and white pictures and some exaggerated claims of great fun in store for me. Wishes cost me nothing – and produced exactly what they cost.

Hope was different. Hope didn’t come from just looking at the catalog. Hope began to form after weeks of saving and sacrificing to gather enough money to buy the camera. When I slipped the order into the envelope, hope grew. When the postman took my envelope out of the box and drove off with it, hope exploded into living reality. I didn’t own the camera yet, but I sure owned the hope. It was mine, as much a commodity to me as the thing I had ordered. That camera was coming, and I was as absolutely confident that it was mine, as if I had it in my hand. If it didn’t come today, then maybe it would be here tomorrow.

It wasn’t hope that drove me to send the money. Faith in the promised benefit did that. Hope was the result of the process, not the cause. I acted on my belief by making the commitment required to obtain what was promised. Hope was born out of my active response to what was offered, not some passive wish that it would magically come to me.

I meet so many people who tell me that they ‘hope’ they go to heaven. Having become the proud owner of a genuine super-secret spy camera, and thereby learning the difference between a wish and a hope, I always want to know which one they really have. Wishes are cheap and empty, born of fleeting desires and providing nothing. Hope, on the other hand, is born out of faith in a promise, and validated by surrender and sacrifice. Wishes are daydreams, drifting in and out of our lives with no effort, but hope will keep us running to the mailbox every day. Paul said,

He’s the God of hope, not wishes. Jesus promised He’d come for us, and if He doesn’t come today, that’s OK. We’ll look again tomorrow.

Author, Speaker, Bible Teacher, Humorist, Satirist, Blogger ... "Right Side Up Thinking ~ In an Upside Down World" For Ron's full bio, go to GallaghersPen.com/about/
View all posts by Ron Gallagher, Ed.S →
This entry was posted in Faith, Family, and Culture, Insights, Right Side Up and tagged God of Hope, Hope in Christ. Bookmark the permalink.
%d bloggers like this: