We Cannot Help But Speak

Conflict with the ruling authorities is not new to followers of Jesus Christ. It was a fact of life in the earliest days of the Church. In the midst of the Messianic awakening gaining ground in Jerusalem after the public episode during Pentecost, which was already troubling enough for the religious administration, there was yet another incident that they saw as a threat to their power. A man unable to walk since birth had been healed, and the whole thing was attributed to some kind of faith connection with the One they had recently crucified. Something had to be done to stop what was rapidly becoming a movement, or their power and control would be lost to those uneducated leaders and the common rabble following them. Their choice of strategies was quickly and unanimously selected.  The New Testament records it like this:

“But when they had commanded them to go aside out of the council, they conferred among themselves, saying, ‘What shall we do to these men? For, indeed, that a notable miracle has been done through them is evident to all who dwell in Jerusalem, and we cannot deny it. But so that it spreads no further among the people, let us severely threaten them, that from now on they speak to no man in this name.’ And they called them and commanded them not to speak at all nor teach in the name of Jesus. But Peter and John answered and said to them, ‘Whether it is right in the sight of God to listen to you more than to God, you judge. For we cannot but speak the things which we have seen and heard’” (Acts 4:15-20 NKJV).

We are confronted today with a system in America whose strategy is a virtual mirror image of the opposition that the Church faced 2,000 years ago. The plan then was to threaten them, intimidate them, humiliate them, and issue edicts designed to shut them up.  That is the same pattern employed by our opposition here and now. 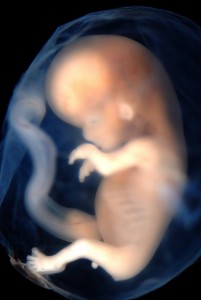 I am deeply convicted that while some vestige remains of our rapidly fading national conscience, we must not stop talking about the abuses of Planned Parenthood (whose very name is an ingenious piece of satanic deception). While the deprivation revealed in the recent videos showing P.P. officials negotiating over the sale of slaughtered baby body parts is barbaric, it hardly begins to expose the full extent of the evil lurking in that organization. Other discoveries manage to leak out from time to time in spite of the organization’s determined effort to cloak their nefarious practices under deceptive terms like ‘quality reproductive healthcare’. For example, there are incidents like the case in Colorado involving a 13-year-old girl who reported being sexually abused, raped, and impregnated by her step-father. Planned Parenthood not only withheld information about the statutory rape allegation and failed to report her testimony of abuse, but then they proceeded to perform an abortion on the child without her parents’ notification or consent. Then they sent her back into the same environment where the crimes had taken place. Their actions were worse than devious; they were void of basic compassion, and they were criminal. Anyone mistaking her treatment as indicative of ‘quality healthcare’ or justice, or in promotion of that little girl’s welfare would have to be either lying or insane. Yet most Americans will never hear of tragic stories like this. The media is too busy enlightening us about important things, like the possibility that endangered fleas may have been rendered homeless by the horrible death of poor Cecil, the lion. They’ll be reassuring us that Cecil’s killer will likely go to jail and have the rest of his life justifiably ruined. Meanwhile, those who slaughter baby human beings and make a side business out of selling their remains are being protected and defended as virtually heroic. The hypocrisy and irony are mind-numbing.

Some among the self-appointed P.C. police will no doubt declare that my comments are harsh, hateful, and unacceptable. They’d be fine if I were merely engaged in spewing profane trash liberally laced with the ‘f’ word around elementary aged kids. They wouldn’t see that as harmful. The truth is that I cannot possibly make the tone of my words as harsh and unfeeling as the practices of Planned Parenthood and their allies.

Silence in the face of this evidence is, in my opinion, worse than any harsh language I could employ in reference to it. Peter boldly announced to those who would shut him up, “We cannot but speak the things which we have seen and heard.” I pray for that same response from the followers of Jesus in this country today. We must refuse to be silenced again, because if we do not speak, no one else will. What passes for ‘mainstream’ journalism in this country will continue to offer nothing but determined resistance and more leftist propaganda. Bloviating, self-serving politicians may load up more campaign speeches with declarations and promises, but most of them, unfortunately, are like soldiers stepping up with their weapons, but only shooting blanks. They suit up, line up, load up, look good, and fire away—lots of smoke, lots of noise, and a grand show, but placing no enemy in jeopardy of being hit by anything solid—powerful rhetoric, no impact, no damage.

Others have risked a great deal to give us hard evidence of the brutal crimes being perpetrated by Planned Parenthood under the guise of women’s health. Now it is our job to stand with them, and not leave them to continue this fight alone. If we abandon them, then they will not be the only ones who stand to lose. The blood of millions more babies will be added to our hands—hands already bloody from years of muted apathy. May God help us to keep praying, talking, posting, tweeting, writing, calling, sharing, and voting. A group of courageous investigative journalists has risked much to provide the fuel, and they have lit the match.  Now we must fan the flame before this evil industry can manage to extinguish the truth once again. May we boldly say along with Peter, “…we cannot help but speak.”

Author, Speaker, Bible Teacher, Humorist, Satirist, Blogger ... "Right Side Up Thinking ~ In an Upside Down World." For Ron's full bio, go to GallaghersPen.com/about/
View all posts by Ron Gallagher, Ed.S →
This entry was posted in Faith and Politics, Faith, Family, and Culture, In the News, Insights, Right Side Up, Wake Up Calls and tagged Abortion, Planned Parenthood, Women's Rights. Bookmark the permalink.

1 Response to We Cannot Help But Speak